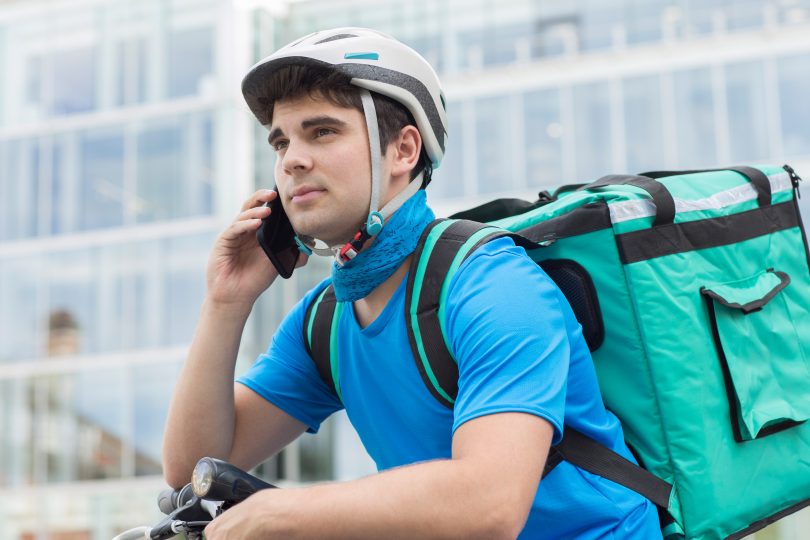 Gig economy is a term that is often in the news nowadays. The name was actually coined as far back as 2009. At this time, the UK was at the height of the latest financial crisis. People were often working at several part-time and temporary jobs, such as delivering food, driving taxis or operating as a courier. These types of one-off or informal jobs were characterised as ‘gigs’, borrowing the term from music. A gigging band tends to perform one-off events at different venues.

By 2015, gig economy had become associated with a lifestyle in which work was being done by people who were not formally employed on a contract by an employer. This is still the current understanding of the term. People in the gig economy earn their living by doing odd jobs, individual pieces of work, freelance work or temporary jobs, each paid for individually. There is no formal contract between the worker and the person paying for the work. Once the job is done and payment has been made, all obligations cease.

There are an estimated 5 million people currently working in the gig economy. However, due to the nature of the work, accurate figures are hard to obtain.

Opinions on the gig economy vary

The positive view. Many people love the ability to do multiple jobs for multiple customers, with no set hours. It gives them a huge amount of flexibility. People can choose how many hours each day they wish to work. They can also choose the type of work, and the customer they wish to work for, giving them plenty of variety.  For people who would struggle to do a permanent job with set hours due to personal commitments, this type of flexibility is invaluable. It all works well when there is sufficient and suitable work available for the worker to do.

The negative view. The risks associated with lack of available work (and therefore pay) rests entirely upon the worker. When work is available, the ‘employer’ pays the workers. When demand drops, the ‘employer’ does not have to pay any staff costs. This employer flexibility is often viewed as a form of exploitation. Workers in the gig economy have traditionally received less workplace protection than actual employees. News reports about the gig economy are usually around employment tribunals and disputes.

There have been a number of high profile cases, involving some big names, in relation to employment status in the gig economy. One of the earliest of these was the case of Pimlico Plumbers (a firm that most people outside London had not heard of, until the case was brought). The Court of Appeal decided that a plumber, who had worked solely for the firm for a considerable time, was a ‘worker’ not a ‘contractor’. Another high-profile case, with a similar result for around 40,000 drivers, is that of Uber (the taxi hailing firm). There are many more instances, and the list is growing all the time.

Being classed as a worker gives the person a legal entitlement to certain rights. These are pretty basic rights, to which an independent contractor or casual worker is not entitled. These rights include holiday pay, sick pay, the national minimum wage, paid rest breaks for drivers, redundancy pay, and even protection from unfair dismissal.

The future of the gig economy

The Government is currently reviewing the definition of the employment status of individuals. The aim is to keep pace with modern employment practices, which are certainly changing. The Government also estimates that tax revenue is being lost, due to the fluid nature of the gig economy, and will reach £3.5 billion by 2021. This is a real inducement for the Treasury to try to get a handle on this growing part of the economy. It is therefore anticipated that pretty major changes will need to be made, and soon.

If you are a business owner, and benefit from the flexibility of the gig economy, be aware. You need to fully understand the employment status of the people who carry out work for you. As each landmark ruling is announced, their legal status could well change. Some of these changes may cost you money, or remove some of the flexibility you have enjoyed. You therefore need to be prepared for the changes. Keeping abreast of developments can seem a daunting task, but there is no need to worry. There are experts on hand to offer real help and advice.

For more information on implications of the gig economy, email us at editor@startuphelp.org.uk or complete the form below and we will discuss the various options for you.